Webinar: The Libhub Initiative: Increasing the Web Visibility of Libraries

As a founding sponsor, Zepheira's introduction of the Libhub Initiative creates an industry-wide focus on the collective visibility of libraries and their resources on the Web. Libraries and memory organizations have rich content and resources that the Web can not see or use. The Libhub Initiative aims to find common ground for libraries, providers, and partners to publish and use data with non-proprietary, web standards. Libraries can then communicate in a way Web applications understand and Web users can see through the use of enabling technology like Linked Data and shared vocabularies such as schema.org and BIBFRAME. The Libhub Initiative uniquely prioritizes the linking of these newly exposed library resources to each other and to other resources across the Web, a critical requirement of increased Web visibility. In this webinar, Eric will talk about the transition libraries must make to achieve Web visibility, explain recent trends that support these efforts, and introduce the Libhub Initiative — an active exploration of what can happen when libraries begin to speak the language of the Web. 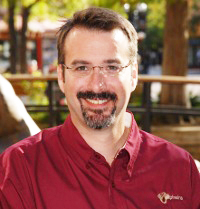 Eric Miller is the President of Zepheira. Prior to founding Zepheira, Eric led the Semantic Web Initiative for the World Wide Web Consortium (W3C) at MIT where he led the architectural and technical leadership in the design and evolution of the Semantic Web. Eric is a frequent and sought after international speaker in areas of International Web standards, knowledge management, collaboration, development and deployment.